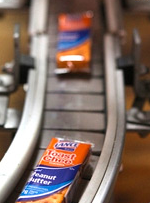 Lance Inc. had been using Margin Minder since 2006 for trade spend and promotion management efficiency.

“We are proud that our our ongoing relationship with Lance has been extended to this much larger organization,” says Paul Osinski, Sr. Vice President at Salient. “It’s very rewarding for us to be part of this growth, and we are excited to be working in a strategic role with the new Snyder’s-Lance, one of the premier
snack food manufacturers in the country.” 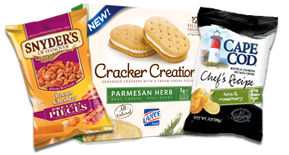 “We carefully reviewed all of our technology options for sales performance management and data analysis, and felt that Salient would be our best long-term strategic partner,” says Sean Grim, Director of Strategic Projects at Snyder’s Lance.

The merger, first announced in July 2010 and consummated in December 2010, brought together Snyder’s, a manufacturer of pretzels and leader in specialty snacks since 1909, with Lance, a manufacturer of sandwich crackers, potato chips, and cookies founded in 1913. The combined company’s brand portfolio includes Snyders of Hanover®, Lance®, Cape Cod®, Grande®, Tom’s®, Jays®, O-Ke-Doke®, Stella D’oro®, Krunchers!®, Archway®, Naturals®, as well as Lance private label cookies and crackers.